By Thomas on September 5, 2022 in Meditations, UU Principles

Labor day is a secular holiday, but maybe it can hold a special place for Unitarian Universalists? As part of the ongoing development of our faith, Labor day feels fundamentally tied to our values and the Principles of the UUA.

Last week was the 59th anniversary of the historic “March on Washington for Jobs and Freedom“, the event at which Dr. King delivered his “I Have a Dream” speech. And we should remember that the fight was not just for “civil rights” as we think of them- 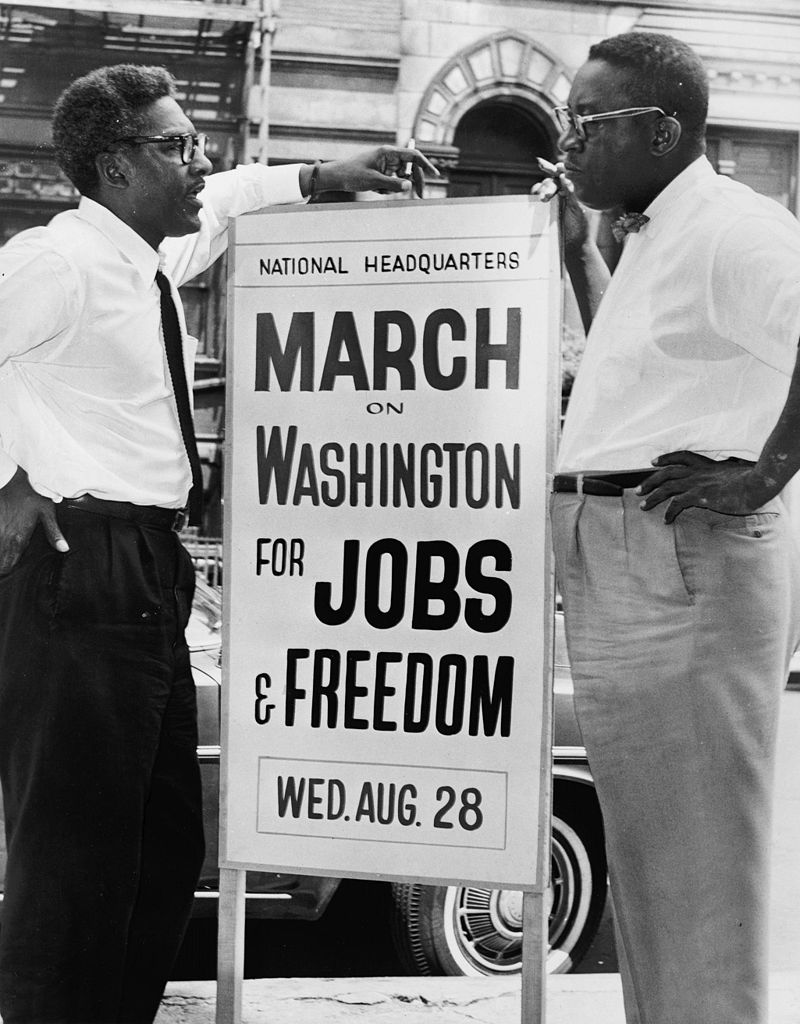 -in terms of racial justice–but for opportunity in education, employment, and for economic justice. Among the goals laid out by organizers of the march were:

These issues have all been central to the labor movement for over 100 years. In short, the Labor Movement is about recognizing humanity’s inherent worth and dignity, especially that of the working class. Labor is all about fair compensation for the time and energy given over to making things work for society and the idea that people deserve to have a life–a full and rewarding life–outside of, and funded by, their employment. Those were things most White people were enjoying in 1963, thanks to unions and laws like the Fair Labor Standards Act. They were not extended to Black Americans fully due to segregation and targeted exemptions based on the kind of job Black people were more likely to hold. That was why the March on Washington was tied to racial equality in the 60s.

And in the century before the Civil Rights Movement of the 1960s, the labor movement marched, protested, and even rioted and fought for better wages, for a reasonable number of working hours, and for safety regulations that forced employers to take the well-being of their employees seriously. They fought for their dignity, but not just their own as individuals; they fought for the dignity and the worth of every worker to have control over their life and the resources to give it meaning.

Those values and the quality of life they afforded have been eroded since then, as income inequality is on the rise, non-wage benefits have been slashed, and unions have been demonized. We must remember the work and the risks undertaken to shape the American Dream. It was not handed down from on high. It was created by people willing to take risks to see justice done. That is how change has always come, but it has always come. We can be part of continuing that proud tradition.

Labor Day is about the power of a worker to stand up for their own worth and dignity against companies that only see them as “human resources”. We honor that people fought, bled, and even died fighting for safer working conditions, time with their families, and a living wage for a week’s worth of effort. It is a memorial to those who made that all possible. It is a celebration of the human spirit and the knowledge that people will always work, always fight, for a more just and equitable world. We must work to ensure that we keep moving towards that goal, together.

The I Am UU project is proud to provide content and links for UUs and UU congregations. Our efforts to make Unitarian Universalism easier to understand are made possible by the contributors to our Ko-fi page. We rely on this support to keep this project going. If you find our work helpful, inspiring, or otherwise valuable, please consider pledging to keep it free and available to everyone.

You Can Love Something to Death